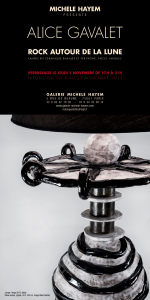 ALICE GAVALET "ROCK AROUND THE MOON" 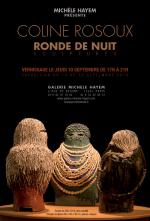 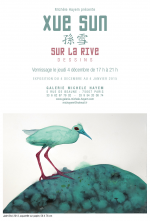 XUE SUN "ON THE SHORE"

Young chinese artist based in Paris since 2004. After she had received her first academic art training in China, she obtained a Diploma of the National Superior School of Art in Paris in 2008. This is the dark side of the animals, which is interested in Xue Sun, the origins, the coupling of species, the intersection of the permanence of their reign and the fragility of their subsistence. 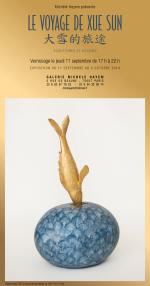 Young chinese artist based in Paris since 2004. After she had received her first academic art training in China, she obtained a Diploma of the National Superior School of Art in Paris in 2008. This is the dark side of the animals, which is interested in Xue Sun, the origins, the coupling of species, the intersection of the permanence of their reign and the fragility of their subsistence.

The appropriate place for philosophy between a man and a woman is the boudoir. This small room is a perfect place for conversations and amorous encounters.

It was at the Petit Tiranon that ‘Her Imperial Highness’ Pauline Bonaparte lived life to the fullest.  Versailles, dubbed ‘The Women’s Castle’, was designed and furnished by Napoleon with lounge chairs displaying lion-clawed feet, and intended to showcase the beauty of ‘Venus of the Empire’ whose bare breasts, beautifully revealed in Canova’s sculpture, symbolize the era’s corrupt morals. While married to Prince Borghese, she appeared in her boudoir, wearing green velvet dress studded with her husband’s entire diamond collection, echoing the image of the orient’s starry sky.

An uncanny relationship exists between the audacious and amorous Pauline, her sumptuous bridal wardrobe and the splendor of her imperial jewels and Mark Brazier-Jones’ gleaming oriental boudoir chairs. Evoking the lounging images of those ladies of the Revolution and Empire, from Madame Recamier to the sisters Bonaparte, the artist pays homage to the fabulous ladies of the past and of today. With these canaverous, voluptuous chairs - inspired by starry nights, adorned with soft green velvet and audacious rainbow patina – the “New Empire style” of the artist dazzles us with Hollywood pizazz that would have thrilled Pauline.  The chairs’ legs, designed by this ‘baroque-n’-roll’ artist are polished bronze and sparkle softly like those of a satyr.  The seat has amethyst sphere in its center that radiates like the crown jewels. Amethyst, a precious stone, is known to create a sensual atmosphere in the bedroom, relieve anxiety and heal the effects of alcohol.

Mark Brazier-Jones brings to life the libertine scent of Versailles-era boudoirs, glamorous love lounges that rush the blood flow and excite the senses. “It takes you away from the maddening crowd” said Flaubert about the Empire style.  The same should be said about Brzier-Jones’ chairs – the fruit of passion and conversation and the intensity that resides between them. 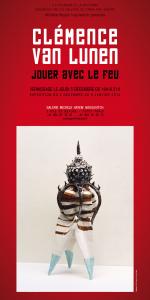 They are in biscuit porcelain, made during a second residence in China in the summer of 2006. They show off the extraordinary whiteness of their local paste, which can almost bestow a marble effect on these small-scale sculptures, realized whit truly remarkable refinement. The series is entitled « Microcosmos ». 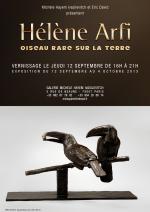 Passionate about birds, Hélène ARFI captures the moment, grasps the posture and creates bronze sculptures to express all the beauty of these transient moments. Being a member of the Taylor Foundation, she often exhibits in different museums of the United States. 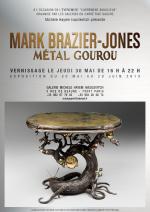 Mark Brazier-Jones is a unique force in the world of “art furniture”. His work is increasingly recognized as forging a new and more artistically compelling way forward. As a veritable « metal guru », his work possesses a poetic sensibility and an engaging quirkiness that suffused with symbolic meaning rarely found in contemporary design. By playfully subverting our nations of art, craft and design his surprisingly eclectic work offers an alternative definition of modern design - one that is about quality of craftsmanship, nobility of materials and an individuality of expression intended to last generations. 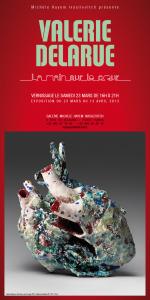